It's not over until lightning strikes.Jun. 15, 2017USA102 Min.G
Your rating: 0
7 1 vote
AdventureAnimationComedyFamily
what going on?

Many critics felt that Cars 2 is a disappointment. It is the worst-reviewed Pixar film on Rotten Tomatoes and Metacritic. Despite the lukewarm receptions it got, Cars 2 was still profitable, earning $562 million worldwide, more than its predecessor. Nothing from the ending of Cars 2 indicates that its story will continue, but six years later, Pixar released Cars 2 sequel, Cars 3.

Cars 3 veers away from the spy action theme that Cars 2 has and comes back to its roots, pure car racing.  Lightning McQueen, now veteran racer of the Piston Cup series, faces difficulty in winning against advanced, next-generation new racers such as Jackson Storm. Storm’s breakout success attracts other new racers to participate in the series, which indirectly forces veterans to either retire or be fired for the new generation. McQueen desperately tries to beat Storm in the final race of the season, but loses control and suffers a brutal crash.

McQueen then spends several months to recover in Radiator Springs, isolating himself. After some encouragement from Sally, his girlfriend. McQueen returns to racing and calls his sponsors Rust-Eze. Rusty and Dusty, the owners of Rust-Eze, reveal that they have sold the team to someone named Sterling. Sterling then assigns Cruz Ramirez to train McQueen. Conflicts arise as McQueen is struggling to learn Ramirez’s methods.

As with every Pixar film, Cars 3 has dazzling animation and lovely visuals. The colors are vivid, and the lighting work is elegant. There are some impressive details on the settings, from the stadiums and skyscrapers to the countryside deserts.

However, pretty visual is not enough to make a high-quality animated film. Fortunately, Cars 3 offers something else than its visuals. It offers an exciting narrative about chasing glory days and adapting to the new age. However, the writing does feel safe and does not give any challenging ideas. Despite this, the characters are still adequately written and engaging enough to watch.

Overall, Cars 3 is not needed but fun enough to enjoy with family. The visuals are stunning, the animation still has the Pixar quality, and the story goes back to what we like about Cars in the first place. For fans of Cars, Cars 3 will give them the classic Cars experience and the closure they need for the characters that we love for more than a decade. 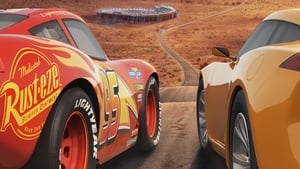