The hunt has evolvedSep. 05, 2018USA107 Min.R
Your rating: 0
5 1 vote
ActionAdventureComedyHorrorScience FictionThriller
what going on?

The predator, It has been more than 30 years since the first Predator film. Directed by John McTiernan, it stars Arnold Schwarzenegger as a soldier who leads a rescue team on a mission to save hostages in a Central American jungle.  However, the mission faces some problems as they realize that they are being hunted by the Predator, a stealthy and technology advanced alien. Despite being negatively received during its release, the general opinions about the film have changed since, with many even say that it is quintessential of the action genre. Its first sequel was released in 1990, and the second sequel was released 20 years later. Both gained moderate success, which prompted Hollywood to make its third sequel, The Predator.

The Predator starts when a Predator ship crashes on earth. The government then captures Quinn McKenna, a U.S. Army soldier who encounters and incapacitates the Predator during his mission. The government also takes the Predator to a lab for examination. However, the Predator awakes, breaks out of its restraints and escapes the lab. McKenna also escapes his capture by hijacking the bus that is transporting government captures, after seeing that the Predator has escaped the lab. Together, they embark on a mission to hunt and kill the Predator before it brings destruction to the human race.

The Predator has fast-paced action with gory bits and humor. It does not take itself seriously; many hilarious and cheesy moments are scattered between of its action scenes. The ruthless and stealthy Predator hunts and kills humans whenever they are on its sight with no mercy and provides violent and bloody deaths for the viewers to cringe to. It tries to capture the feelings of ‘80s action films, and it is fairly successful in conveying some of their elements on the screen.

However, the technical aspects of The Predator are severely lacking. The editing is confusing, and there is no sense of symmetry between its scenes. This flaw also causes the pacing to be inconsistent and erratic, which can be jarring to watch. The cinematography is below subpar, particularly the computer-generated effects that look embarrassing and cheap. The plot and writing are also inconsistent, with contrived dialogues and cliched characterization. The performances of the cast are also forgettable, except Sterling K. Brown, who gives an elegant and persuasive performance as the evil government agent.

The Predator is a mixed bag of action, horror, and comedy with carnage and cheesy humor. The Predator is a step down from the previous installments, but it has several admirable aspects. Despite its many flaws, The Predator will at least excite you enough throughout the film, with lots of ruthless kills and fast-paced action.

So how many sequels of Predator have there been? There are at least two, not including the “vs.” films, both of which also sought to re-work a very simple concept that succeeded when it was simple.

Today, in what amounts to a nice action flick, albeit a reasonably mediocre Predator one, Shane Black, a screenwriter who has produced some of the greatest action comedies ever and Iron Man 3, attempts to do the same.

The storyline is all about a fugitive predator who escapes with a stolen item from his world that other predators on his world want back. Of fact, the world where all land crashes is Earth.

Sterling K. Brown is a combat officer who first stops at none to procure the technology, and Narco’s Boydd Holbrooke is a decorated soldier who attempts to avoid him along with a band of misfits.

Since the events of Predator 2, much of this takes place. There’s also a role from that movie portrayed by Jake Busey who portrays the son of the Gary Busey role.

In terms of a different tale to share, Black is attempting to swing for the fences, but it’s fairly clear this movie performs well while it’s working on the hits. You just want to lay back occasionally and enjoy some gore.

Bodies are severed, individuals are hurled across the room and clutched in the face, impaled, rolling heads.

Black is a humorous operator who recognizes a good joke when he sees one, which is what emphasizes the enjoyment here even more.

A sequence with a severed limb, a continuing dialogue on whether, in the first instance, we name the predator “the predator.” Only reminders of how really proficient Black is with visual humor and snappy lines.

He’s still really strong with personalities, not so much designing them here, but making them an irreverent lunacy in chemistry.

I was kind of reminded of the A-Team by Holbrooke and his entire band, particularly Keegan Michael Key, Thomas Jane and Moonlights Trevante Rhodes. These guys are section 8 ‘s complete and I enjoyed full of them.

Better than the A-Team video, in reality. Really, I’d like to see Black create an A-Team film with this cast.

Brown has some of the strongest dialogue, and Munn is pretty good here, too, really. Jacob Trembley and Alfie Allen are a little stressed out, but they have fun with the cast.

However, there’s something off about this film and it includes the predators. This film also seems more like a Sterling K. Brown vs. Holbrooke and his team film than a predator movie.

For the most part, they seem to be only making occasional appearances in the tale of human vs. human, there is no great excitement in the chase cause.

In reality, because of bad test screenings, this movie really had to reshoot the whole third act and you can tell because the last act pulls a quick detour, bringing us for some incognito Predator action into the jungle.

It is more like Black tried to bring this such a modern idea where the basic essence of why things like predators get confused in the first place.

I still argue that this is a humorous flick, full of action, and I enjoyed the characters, too. Even the behavior of a predator, when it’s on video, is pleasant. You just do not get plenty of it, as you might like.

If you like this, check out Youtube’s Craig James Analysis for more. 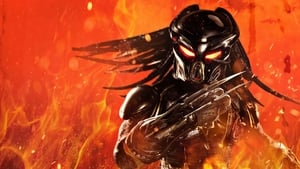