Coronavirus has deprived us of many things that we could usually enjoy in our daily lives, such as going to cinemas. Many production companies try to use the alternatives in selling their movies, including releasing their movies digitally through streaming services. Disney has released several movies digitally on its new streaming platform, Disney+. One of those movies is the highly anticipated Mulan.

Mulan is the live-action remake of the beloved animation classic. Riddled with controversies, it had been through several setbacks, such as development hell which started all the way back to 2010, boycotts on the actors, and issues regarding its shooting locations. Its Hollywood premiere was held in March 2020 and it was released on 4 September 2020, albeit digitally due to the pandemic.

Set in Imperial China, it tells the story of Mulan, an active and passionate girl with natural talent in martial arts. Her demeanors bring disdain to her family, who repeatedly tells her that there is no place for Mulan to be what she wants to be.

On the north, an imperial outpost was attacked by Rouran warriors, led by Bori Khan, a ruthless and cruel warrior. He is accompanied by Xianniang, a powerful and cunning shape-shifting witch. They had an ultimate plan, to kill the emperor and take over the kingdom.

Meanwhile, Mulan fails her test when demonstrating her fitness to become a wife in front of a matchmaker. The matchmaker then announces her failure in front of the village, which brings shame to her family.  Not long after, the imperial soldiers come to her village to enlist men that will be prepared for war. Being the only the man of Mulan’s family, her elderly and frail father volunteers himself to fight for the kingdom. Realizing that participating in the war will bring demise to her father, Mulan stole her father’s armor and sword and started her long journey at dawn, pretending to be a man to replace her father’s place.

Played by Liu Yifei, with the ensemble cast of Donnie Yen, Gong Li, and Jet Li, Mulan tells the story of courage, bravery, and finding the right place for you in the world that is not willing to offer you any. Despite the lack of song pieces and animated mini dragon and cricket, the newly reimagined Mulan brought something new to the table.

Contrary to the animated original, its more serious tone puts Mulan’s long journey and struggles on the front. Directed by Niki Caro, the director of The Zookeeper’s Wife and critically acclaimed Whale Rider, Mulan is filled with thrilling fight scenes, beautiful sceneries of China countryside and mountains, and bright and colorful costumes.

The live-action adaptation Mulan might not bring us joy from the fantastic songs and lively animation from the original, but it will bring fun from other aspects, from the strong performance of its cast, great action, and our beloved character’s reimagined journey and triumph. 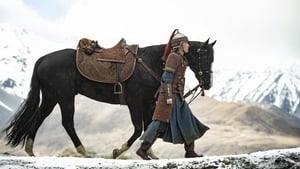