Wonder woman, Every year, it is expected that one or two superhero films will be released to the public. Two comic book movie giants, Marvel and DC, are competing to dominate the market. DC efforts from the past decade might be called slightly underwhelming. Green Lantern and Batman v Superman are box office and critical disappointment, while Suicide Squad was trashed by the critics. Only Man of Steel generated moderate success, despite lukewarm reception from the public. Despite this, DC keeps churning more films to gain public interest. Its next effort after Batman v Superman is Wonder Woman.

Directed by Patty Jenkins, the director of Monster, it tells the story of Diana Prince, or Wonder Woman, during World War I. Diana is a goddess who lived on the island of Themyscira. She lived among the Amazons, women warriors created by the gods to protect the human race. Queen Hippolyta, Diana’s mother, agrees to let her daughter be trained by her sister, Antiope.

One day, Diana saves US pilot, Steve Trevor, who is stranded on the island. The island then is attacked by German soldiers, who are pursuing Steve. The Amazons slay the soldiers, but Antiope dies in the process. Steve then reveals that there is a war raging in the world. He is currently acting as a spy to try to stop it. Steve reveals that he has stolen a book from Dr. Isabel Maru, a chemist who is trying to create deadly mustard gas. Diana believes that Ares, the god who tried to destroy humanity, is responsible for the war and wants to stop him permanently. Steve and Diana go to London and begin their journey to stop the war.

Wonder Woman is a breath of fresh air in the DC universe. It is its first movie entry with a female superhero lead in this decade. It is also meticulously crafted, with terrific performances from the ensemble cast. It is packed with superb action and fluid fighting scenes. Patty Jenkins directed Wonder Woman with great control and sensibility.

She also deserves praise for the film’s tight pace, great balance of emotional beats and lighthearted humor, and rewarding conclusion. The chemistry between Diana and Steve, played by Gal Gadot and Chris Pine, is also radiating through the screen. Despite having romantic interest, Diana is never sidelined or ignored. The movie puts Diana through the journey of harshness and loss, challenging her faith and belief in the process.

Wonder Woman is a movie long overdue for the quite saturated scene of comic book films. This is shown by its success, earning more than $800 million worldwide, and favorable reviews from the critics. Wonder Woman is a very entertaining, enthralling, and well-crafted comic-book film. 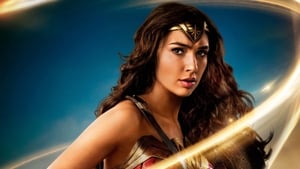